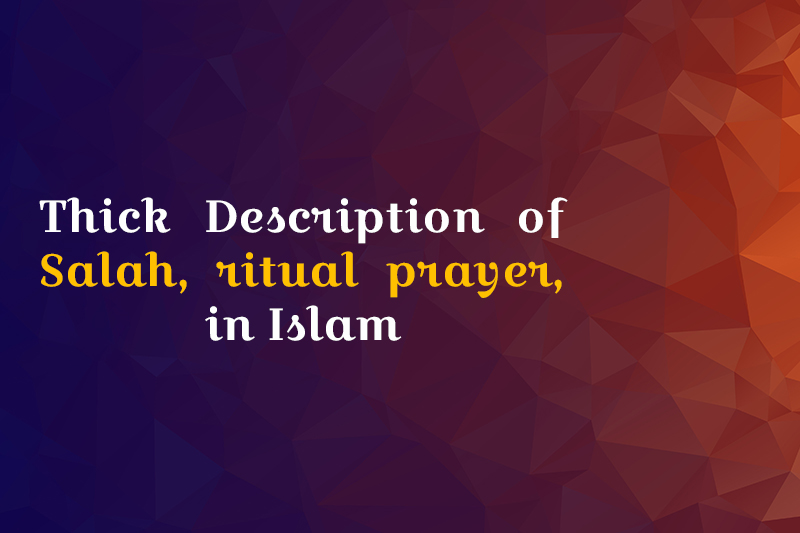 “God is greater, God is greater...come to prayer, come to success!” so the mua’dhin , the person who calls to prayer, would say. The mua’dhin could have been my late father or myself, or my brother or one of my sisters. It could also be a Jordanian or Moroccan person while I was living in Jordan and Morocco. Salah , ritual prayer, is one of the bedrocks of Islam. And the call to prayer would initiate this daily act five times a day with the mua’dhin’ s voice beautifying the space they are in.

In this paper, I seek to give an (brief) historical development of salah , relying on primary sources including the Qur’an, and secondary sources, such as Marion Katz’s Prayer in Islamic Thought and Practice from a Western scholarly perspective and Ingrid Mattson’s The Story of the Qur’an: Its History and Place in Muslim Life, also from a Western source, but furthermore a Muslim believer’s scholarly perspective. Additionally, I will use the 12th century Persian scholar alGhazali’s Inner Dimensions of Islamic Worship from a Sufi perspective and a 20th century prayer manual book Knowledge of God by a late Saudi Arabian Sufi scholar. Finally, I intend to illustrate transformations in the meaning and purpose of ritual prayer, and then will conclude with contemporary challenges and possibilities.