What The Thunder Said Sattva, Rajas and Tamas in T. S. Eliot’s The Waste Land 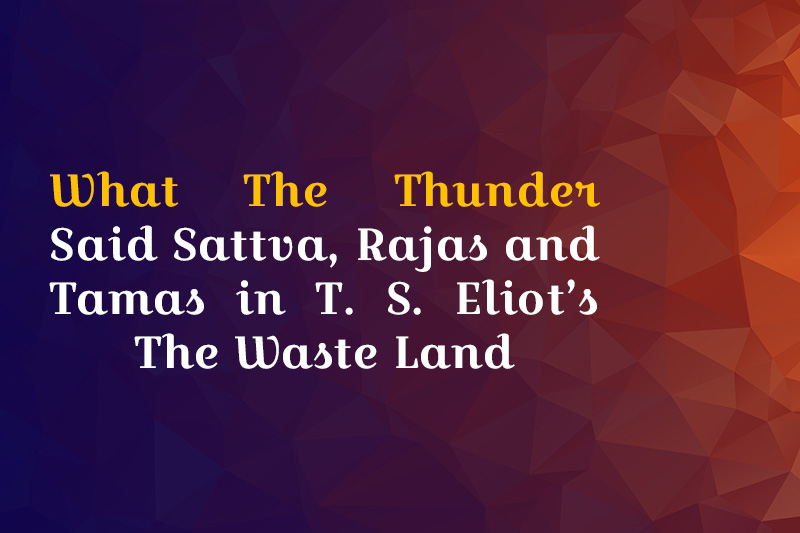 The ancient Hindu philosophy, chiefly the Samkhya school of thought believed in the dualistic concept. The prakriti and purusha analogous with the female spirit and male spirit respectively were regarded as the primal forces in creation. Coexistence and harmony between the two were essential for the sustenance of the world. All the actions are a manifestation of the prakriti. The social order, conventions and the consciousness of the individuals have been overshadowed by the tamasic aspect of prakriti. The coexistence between prakriti and purusha is of utmost importance for harmony in the world.