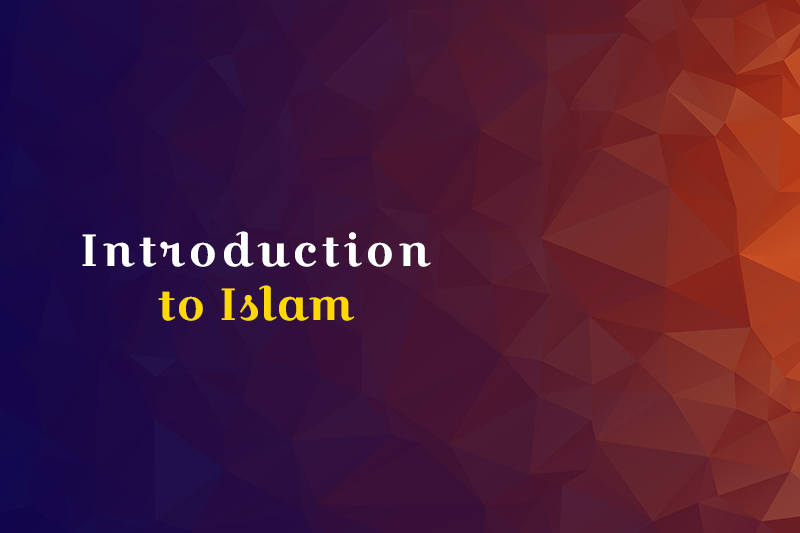 This chapter is an introduction to the vast religious beliefs and practices within Islam. Although these lessons by no means cover all of the numerous ways Muslims express their religious tradition, these texts will give you a taste of Islam‘s richness. While this chapter aims to introduce you to some of the core tenets in Islam, a critical goal is to establish the fact that Islam is an extremely diverse religion, with more than 1.6 billion practitioners found worldwide. We encourage you to draw parallels between the religious expressions in Islam and those found within Judaism (see Chapter Four for ―Introduction to Judaism‖). For example, as Arabic and Hebrew — core languages for Islamic and Jewish texts, respectively — are both Semitic languages, there are a number of linguistic parallels between the words found in the beginning of these lessons and those in Chapter Four. We also encourage you to seek out some of the differences between these two religious traditions, as mentioned in the beginning of Chapter One. Pointing out both the similarities and differences between these two religions is equally important. Finally, we encourage you to be mindful of the fact that the study of Islam, like Judaism or any other religious tradition, is a life-long pursuit. We hope this chapter gives you a new appreciation and interest in this incredibly important religion. Please note the following three points: (1) The reader will find different English spellings of Arabic and Hebrew words throughout this curriculum. Since many authors and scholars use various methods of transliteration [the act of spelling in the characters of another alphabet], we have not taken it upon ourselves to standardize the spellings of such transliterated words. It is our hope that these different spellings will help the reader understand the tricky skill of transliteration as well as provide more examples of how to accurately pronounce certain non-English words and terms. (2) It is well established that textbooks translated into a different language other than the one they were written in can lose an author‘s intended meaning. Religious texts are certainly no exception. Scholars will agree that one can never convey the same essence of a word or sentence of an aya in the Qur‘an when translated from Arabic to English, for instance. With that in mind, we ask you to consider the complexities and difficulties encountered when reading translated religious texts. All translations are de facto interpretations. (3) It is important to be aware that many Muslims praise the Prophet Mohammad by saying peace be upon him (PBUH) immediately after his name. This phrase is not mentioned in this curriculum since this book is considered an academic textbook for both Muslims and non-Muslims alike. Like many scholars, we have chosen to follow the common practice of omitting this phrase since its mention has no bearing on the intended meaning of the text. Thus, every time the Prophet‘s name is mentioned in this textbook, the phrase ―PBUH‖ is implicit.