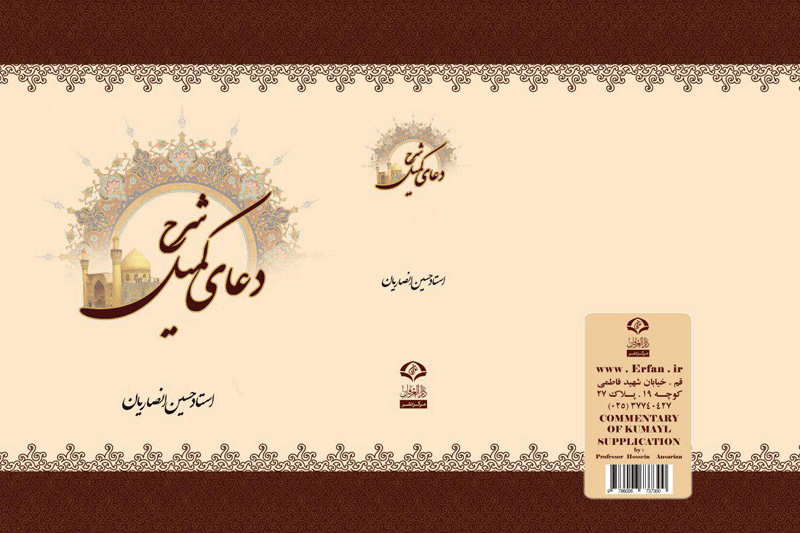 Supplication (du’a') is man’s dialogue with his Lord and the connecting rope between the creature and his Creator. Intellectual scholars consider du’a’ to be practical compliance with monotheism. This can be particularly evidenced through the Prophets and the Ahl al-Bayt (as) who have given considerable importance to du’a’. The Supplication of Kumayl (or Du’a’ Kumayl) establishes itself as one of the most significant supplications and is regarded as a resource of Divine salvation, since it interweaves
paramount mystical contents. Thus, it has been referred to as the ‘source of all supplications’. According to reliable narratives, Du’a’ Kumayl’s origin is divine; it was the words of al-Khadhir spoken by
our master and the commander of the believers, Imam ‘Ali ibn Abi-Talib (as). Owing to this fact, Du’a’ Kumayl has occupied a salient rank in the view of the Household of the Prophet (SAWW) who have
shown it considerable importance. In view of that, the Du’a’ Kumayl is looked at as a reflective school that contains significant spiritual and humanitarian issues of man’s everyday activities. The well-versed professor, Shaykh Husayn Ansariyan, has undertaken the mission of annotating and commenting on this magnificent supplication, and he has actually excelled in this field since he has interpreted it using reliable Muslim references in addition to including a thoughtful attachment to this noble supplication. His one and only aim has been to increase awareness of the words and significances of this supplication in the conscience and perception of man. As a result, the commentaries of this scholar have been based upon fundamentals derived from the Holy Qur'an, reliable narrations, and mystical knowledge. Based on the commentator’s spiritual and sentimental connection with this noble supplication, his commentaries are full of knowledge, perception, and enlightened insight. Presenting this wonderful book to the dear readers, the Ansariyan Publications hopes that the seekers of knowledge and Islamic education will find it to be a window of detecting the features of this noble supplication.